Baseball is a team sport for the young and old, the player, and the fan.

Our Center dedicates itself to enriching and enlarging a virtual museum with stories, photographs, a gallery of memorabilia, and video of National Past Time from its origin to the present with a focus on "Playing as a Team".

Now, the Center has joined with the Stengel Field Foundation

to rebuild the Stadium at Stengel Field in Glendale, California. Stengel Field is home of many youth teams from Little League through Community College.

Join Our Team and Donate Now

As a Team Member, You’ll Receive

Join our Team and Donate Now 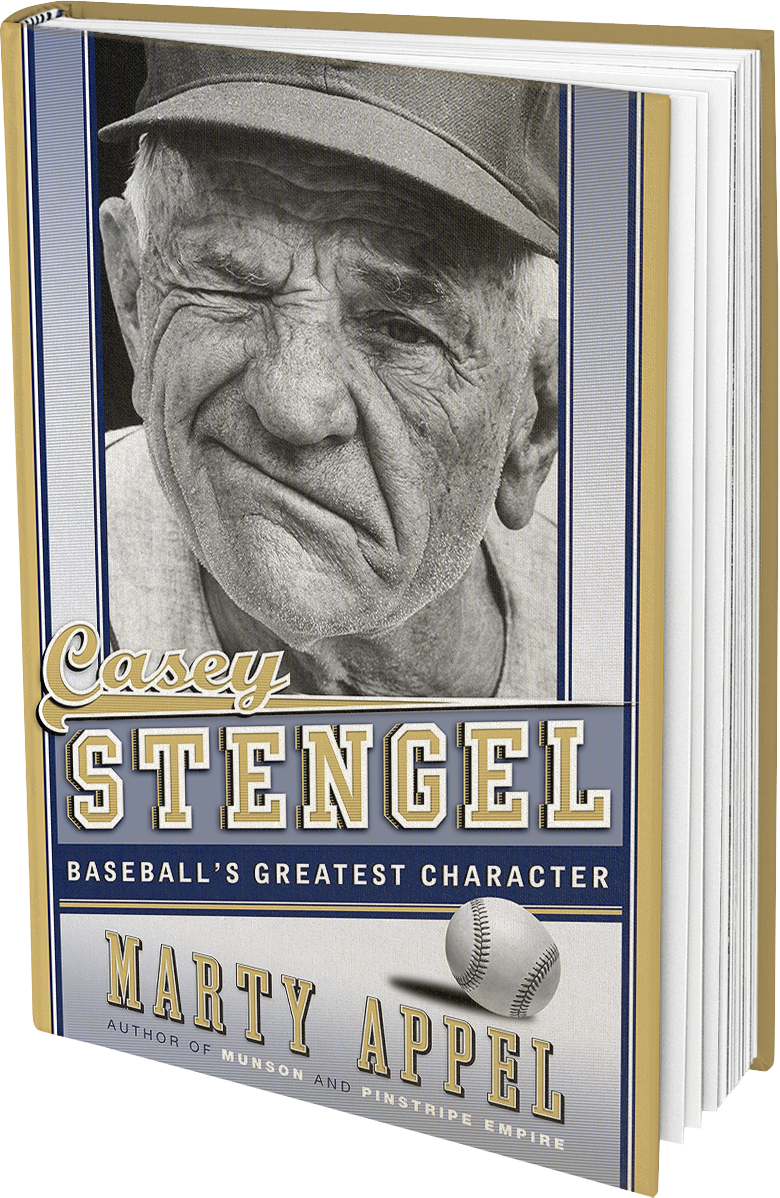 From the New York Times bestselling author of Munson and Pinstripe Empire, Casey Stengel is the definitive biography of baseball’s greatest character.

There was nobody like Casey before him, and no one like him since. For more than fifty years, Casey Stengel lived baseball, first as a player (he was the only person in history to play for all the New York teams—the Dodgers, Giants, Yankees, and Mets), and then as a manager (for the Yankees and Mets, among others). He made his biggest mark on the game, revolutionizing the role of manager while winning an astounding ten pennants and seven World Series Championships (including FIVE STRAIGHT!) with the Yankees. Playing with and against a Who’s Who of Cooperstown—Babe Ruth, Christy Mathewson, Ty Cobb—and forming indelible, and sometimes complicated, relationships with Yogi Berra, Joe DiMaggio, Mickey Mantle, and Billy Martin, Casey Stengel was, for an astonishing five decades, the undisputed, hilarious, and beloved face of baseball.
For a man who spent so much of his life in the limelight, he still remains an enigma. New York Times bestselling author Marty Appel paints an intimate portrait of a private man who was larger than life and remains the embodiment of the national pastime.

“
Jane LeavyBestselling author of The Last Boy: Mickey Mantle and the End of America's Childhood

“Read this book! Never have we needed Casey more. Thanks, Marty Appel, for bringing him to life again in this superb book.”

“Marty Appel's Casey Stengel is mightily impressive. The writing is smooth and the research, highlighted by the uncovering of unpublished manuscripts by Casey's wife, Edna, and longtime Yankee, Frank Crosetti, indeed adds a dimension that has not appeared in other writings about Stengel. Appel has done a magnificent job in bringing Casey to life in print.”

“What a classic double play combination—the reporting brilliance of Marty Appel, and baseball’s greatest character, Casey Stengel. There are too many terrific stories about Casey to keep count, but Marty manages to unearth them with great flare and humor. Casey Stengel is a treat for any true fan of the game. I loved every page.”

was the youngest PR director in baseball history when George Steinbrenner elevated him to the New York Yankees post in 1973. He worked for the team for ten seasons, beginning in 1968, and followed it by producing its games on WPIX television. He is the author of twenty-three books, including the New York Times bestselling Munson: The Life and Death of a Yankee Captain and Pinstripe Empire: The New York Yankees from Before the Babe to After the Boss. He resides in New York City with his wife, Lourdes, and has two grown children, Brian and Deborah.